Created with the aim of encouraging and disseminating examples of best practices in personalised medicine (PM), the award is open to individuals from any ICPerMed partner country who have published scientific papers and/or developed best-practice strategies during the period spanning January 1, 2016-December 31, 2017.

Successful candidates will be invited to present their results at the 2018 ICPerMed Conference in Berlin and will receive €500 to support the dissemination of their work.

The deadline to submit an application is March 2, 2018.

For more information about the award and to learn how to apply, visit the ICPerMed website. 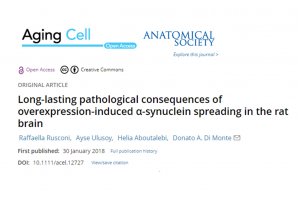 „Long-lasting pathological consequences of overexpression-induced α-synuclein spreading in the rat brain“ has been published in Aging Cell. This work was supported in part by JPND through the GBA-PARK project, selected in the 2015 JPco-fuND call. 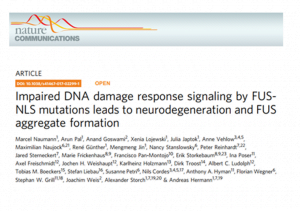 „Impaired DNA damage response signaling by FUS-NLS mutations leads to neurodegeneration and FUS aggregate formation“ has been published in Nature Communications. This work was supported in part by JPND through the TransNeuro and localMND projects, selected in the 2017 Pathways call.

More than 5 million Americans today are affected by Alzheimer’s disease (AD). It is estimated that there will be more than 16 million people with AD in the United States and more than 60 million people with AD worldwide by 2050. In the past 25 years, only five symptomatic medications for AD have met their primary clinical endpoints in Phase III clinical trials and successfully come to market; of these, four are still available.

There is increasing evidence that multiple medical conditions increase the risk of neurodegeneration and subsequent development of dementia. It also is becoming clear that a majority of those risk factors acts in amyloid- and tau-independent ways. Since 2003, every symptom- and disease-modifying agent has failed in Phase II or III trials because of challenges with safety or efficacy, including trials testing the amyloid hypothesis, anti-inflammatory agents, and early-phase anti-tau therapies.

With disease-modifying treatment trials unsuccessful at the present time and only medications to treat symptoms available, what now?

Thinking „out-of-the-box,“ a scientist has developed an innovative program called the „Dementia Prevention Initiative“ (DPI), which abandons generalized methods used to research and treat AD. The program has a novel „N-of-1 design“ that individualizes medicine down to a single patient. Instead of conducting a conventional trial of 100 people all getting the same treatment, the scientist is conducting 100 single trials personalized to the individual. The youngest patient enrolled is 61 and the oldest is 86.

The DPI is a two-year clinical trial aimed at developing a best-practice model of personalized care that looks at each individual as the sole unit of observation. The idea is to treat neurodegenerative diseases as a disorder that develops over a lifetime and individualize ways to build a better brain as we age. The ultimate goal is to prevent dementia from happening in the first place.

The approach follows a form of personalized treatment similarly used in cancer and delivers an individualized prevention plan, tailored to each patient’s risk profile based on their genetic traits, biomarkers (blood, imaging, and electrophysiology), socio-demographics, lifestyle choices, and co-existent medical conditions. This approach specifically targets the heterogeneity of AD by identifying person-specific risk factors and applying a customized intervention directed against this risk profile. The head scientist anticipates that this method will provide more rapid information on whether personalized prevention plans can improve person-centered outcomes.

Although the single greatest risk factor for AD is age, AD is not inevitable. It is estimated that at age 85 there is a 42 percent risk of developing AD, which means that 58 percent of older adults do not develop dementia, even if amyloid can be detected in the brain. The reasons are unknown, but may be explained in part by a host of modifiable and non-modifiable risk factors. Up to 30 percent of AD cases may be preventable through modification of risk factors and behavioral changes to mitigate the effect of those risk factors that can’t be modified. 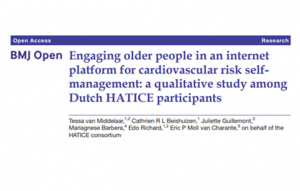 „Engaging older people in an internet platform for cardiovascular risk self-management: a qualitative study among Dutch HATICE participants“ has been published in BMJ Open. This work was supported in part by JPND through the MIND-AD project, selected in the 2013 preventive strategies call.

A new study shows that the taking of diabetes medicine reduces the risk of getting Parkinson´s disease.

Researchers have discovered that medical treatment against diabetes reduces the risk of getting Parkinson´s disease by 35 percent.

The researchers believe that diabetes medicines, containing glitazones, are influencing the cells to produce more mitochondria. Mitochondria are the powerhouse of the cells, transforming nutrients that the cells need to work.

The research group has previously shown that the production of mitochondria decreases during Parkinson´s.

To see the connection between diabetes and Parkinson´s, the researchers analysed and compared data from the Norwegian Prescription Data Base. The database has stored information on all use of prescription the last 10 years and contains data on more than 100 million prescriptions.

Paper: “Glitazone use associated with reduced risk of Parkinson’s disease”

Reprinted from materials provided by University of Bergen.