In a joint announcement, three French Ministers expressed their support for people with dementia and their carers on World Alzheimers Day.

Marisol Touraine (Social Affairs and Health Minister), Geneviève Fioraso (Minister for Higher Education and Research) and Michèle Delaunay (Minister for the Elderly and Autonomy) also provided an update on the progress of the new Neurodegenerative Plan. This will be the continuation of Frances pioneering Plan Alzheimer.

Following the evaluation of the 3rd Plan Alzheimer (2008-2012) by Professors Joël Ankri and Christine Van Broeckhoven, four thematic working groups are being formed to identify the measures and actions of the new plan. The themes are:

The new Neurodegenerative plan is expected to be finalised in the first quarter of 2014.

More research, innovation and awareness is the solution to overcoming the societal challenges presented by dementia, argues Máire Geoghegan-Quinn. 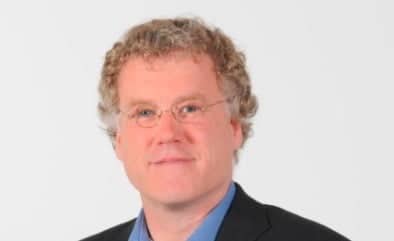 What are your key project achievements to date?

At this moment, the key project objective is to finalise development of the web-based platform including a virtual biobank to integrate the core clinical dataset from patients from all participating centres with biomarker data obtained from different biosamples. The core clinical dataset has been defined and the required fields for data collection of neuropathology biomarkers, wet biomarkers (in CSF, blood) and imaging biomarkers (MRI, MUNIX) are being set up. Standard Operating Procedures (SOPs) for sample collection and biomarker measurement have already been developed for some of the biomarkers. Other SOPs are still work in progress using the results from variability and reliability analysis on small sample datasets. The SOPs will also include a monitoring and quality control mechanism. Longitudinal data will be collected and analysed once the system is up and running. In the future new biomarkers can be quickly optimized and/or harmonized using a standard approach, if required.

Recently it became clear that the Edinburgh Cognitive and Behavioural ALS Screen (ECAS) would be an excellent addition to the core clinical dataset that is collected from ALS patients: Collecting longitudinal reliable neuropsychology data would be useful to detect the specific profile of cognition and behaviour changes in ALS and to differentiate it from other disorders. Using the SOPHIA consortium, developers of ECAS are able to roll out and validate the screen throughout Europe within a short timeframe. The establishment of a consortium like SOPHIA has been instrumental to this effort, and will be just that for future biomarkers.

Where is the SOPHIA consortium making a real difference?

The European ALS community has established an active consortium ( www.ENCALS.eu) which holds several 2-3 day workshops per year among others about European collaboration on databases/biobanks, molecular biomarkers, and neuroimaging, and members have generated a series of consensus statements and standard operating procedures for biomarkers. These types of initiatives are an excellent foundation for European collaboration but more focused projects and funding is required for larger international collaborations to obtain the numbers of samples necessary to perform large biomarker validation studies in ALS and other motor neuron diseases. This is where the SOPHIA consortium is making the difference, as the results of its works will be a common European strategy for the prioritization and selection of candidate biomarker domains for optimization and harmonization and a permanent interactive European ALS biomarker tool for all researchers to enable optimization/harmonization of novel biomarkers using an integrated and robust pan-European ALS methodology.

In your opinion, what is the added-value of JPND support for this project?

The benefit of JPND support for the SOPHIA project lies in communication of project results to the wider ND disease society, which is essential for sharing all methods, database, biomarker essays, and biomarkers in SOPHIA with other members of the scientific community devoted to ALS and to other neurodegenerative diseases. The concept of this project (pan-European SOPs) can be expanded to other neurodegenerative disease areas resulting in a driving force for shared biomarker research.

What has been your experience of this research collaboration to date?

One year into the project it is very clear that this is a group of highly motivated investigators, keen to set up a platform to promote biomarker research for neurodegenerative diseases. All involved feel this can only be truly accomplished at a European level and are therefore eager to collaborate. Each partner in the project is actively involving his/her colleagues in order to make sure they have the right people working on each of the different sub-projects. This has been very helpful in progressing the tasks that the consortium has set itself and will result in deliverables of high standard.

JPND is collaborating with the Ambient Assisted Living Joint Programme on Sept. 25th at the 2013 AAL Forum, in Norrköping, Sweden

Assisted living technologies such as ICT/smart technology offer enormous potential in the development of effective measures for prevention, intervention and care for people with neurodegenerative diseases and their carers.

To join forces and align priorities in this area, JPND and the Article-185 initiative – Ambient Assisted Living Joint Programme (AAL JP), are working together towards developing recommendations for joint actions in the area of assisted living technologies for neurodegenerative diseases.

A JPNDAlignment Action Group, containing members of both initiatives, is working to identify where JPND and AAL JP priorities and activities can be aligned, or new activities identified, and is organising actions to bring together important stakeholders in this area including users, academia, small businesses and the ICT and service industries.

The Action Group is organising a session entitled AAL & JPND: Partnering to meet needs in the area of neurodegenerative diseases/dementia, at the 2013 AAL Forum in Norrköping, Sweden, at 11am on Sept. 25th.&nbsp; The Forum is the annual platform for the ever-increasing European AAL community to meet and discuss topics relevant for improving the AAL JP as well as the adoption of AAL solutions in the market.

In this session information will be presented about JPND, on relevant AAL solutions (showcasing some AAL projects) followed by discussions on their potential impact as well as the way forward.

A JPND poster has been designed to promote the session at the Forum.&nbsp; The poster can be viewed at the filelink below.

For further information on the 2013 AAL Forum, click on the links below.

One emerging area of study focuses on how the build-up of proteins in the brain may lead to neurodegenerative diseases. Interactions between two of those proteins, amyloid and tau, may distinguish Parkinson’s disease from other degenerative brain diseases like Alzheimers. This research is part of the Parkinsons Progression Markers Initiative, a global research project to better understand the disease sponsored in part by the Michael J. Fox Foundation for Parkinsons research.

Epidemiology of Alzheimer’s disease and other forms of dementia in China, 19902010: a systematic review and analysis&nbsp;(The Lancet)Prevalence Studies of Dementia in Mainland China, Hong Kong and Taiwan: A Systematic Review and Meta-Analysis (PLoS One)The state of US health, 1990-2010: burden of diseases, injuries, and risk factors&nbsp;(Journal of the American Medical Association)Prevalence of Dementia in Japan: A Systematic Review (Dementia and Geriatric Cognitive Disorders)

As part of their work to foster further collaboration and facilitate innovation in neuroscience, the Nansen Neuroscience Network are currently working to create an overview of all dementia-related medical research and development in Norway.

The Nansen Neuroscience Network are, in collaboration with leading researchers and other players, writing a report about the research activities that are taking place in universities and hospitals, as well as in industry.

Their ambition is that the report will make a clearer picture of the potential in Norwegian dementia research and stimulate new collaborations between scientists and between academia and industry.

University of Leicester experts discovered that the activity of glutathione peroxidase, a key antioxidant in cells, improves symptoms of Huntingtons disease in models of the disease.

Researchers used models such as baker’s yeast, fruit flies, and cultured mammalian cells. Their study was published in Nature Genetics on 25 August, 2013.