“Neuronal DNA Methyltransferases: Epigenetic Mediators between Synaptic Activity and Gene Expression?” has been published in the journal The Neuroscientist. This work was supported in part by JPND through the STAD project, selected in the 2015 JPco-fuND call.

“Omega-3 fatty acids, lipids and apoE lipidation in Alzheimer’s disease: a rationale for multi-nutrient dementia prevention” has been published in the Journal of Lipid Research. This work was supported in part by JPND through the MIND-AD project, selected in the 2013 Preventive Strategies call. 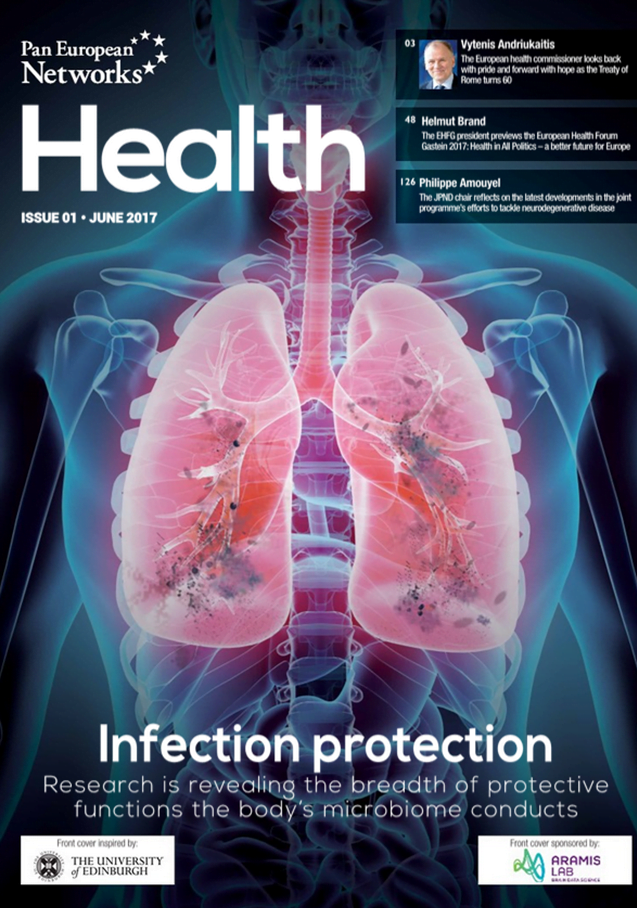 Prof. Philippe Amouyel, Chair of the JPND Management Board, discusses JPND progress and priorities for the future in issue one of Pan European Networks: Health.

In the interview, Prof. Amouyel outlines some of JPND’s major recent and future developments and discusses the ongoing JPND call for research projects for pathway analysis across neurodegenerative diseases.

A study has shown that suppressing a certain protein in a mouse model of amyotrophic lateral sclerosis (ALS) could markedly extend the animal’s life span. In one experiment, none of the untreated mice lived longer than 29 days, while some of the treated mice lived over 400 days.

This study was published in the journal Nature.

ALS is a disease in which the nerve cells in the brain and spinal cord degenerate, leading to wasting of the muscles. Patients gradually lose the ability to move, speak, eat or breathe, often leading to paralysis and death within two to five years. It is associated with environmental risk factors, such as old age and military service. In addition, mutations in certain genes can cause ALS. Exactly how ALS works is still poorly understood, but knowing which genes are involved can point researchers toward processes inside cells that would be good targets for drugs.

One indicator of ALS, as well as other neurodegenerative diseases, is clumps of protein in the brain. In ALS, these clumps, or aggregates, are made up of a protein called TDP-43. Eliminating TDP-43, and therefore the TDP-43 aggregates, might seem like a good way to prevent or cure ALS. But cells need TDP-43 to survive, so suppressing TDP-43 itself is not a good idea.

A different approach was needed. The researchers knew that a second protein, ataxin 2, helped cells survive when TDP-43 formed toxic clumps. Unlike TDP-43, ataxin 2 is not essential for a cell’s survival, making it a reasonable therapeutic target.

In a previous study, the team had shown that when ataxin 2 is suppressed or blocked in yeast cultures and fruit flies that carry the human TDP-43 gene, cells are more resistant to the potential toxic effects of the clumping TDP-43 protein.

In still another study, the scientists had shown that versions of the human ataxin 2 gene that resulted in a more stable ataxin 2 protein — and therefore more of the protein — increased the risk for developing ALS. The researchers reasoned that if mutations that increased the amount of ataxin 2 raised the risk of ALS, maybe lowering the amount of ataxin 2 would protect a person from ALS.

The scientists used genetically engineered mice whose neurons produced human TDP-43 protein at high levels. These mice exhibit some features that resemble human ALS, including a buildup of clumps of TDP-43 in their neurons. These mice also have difficulty walking and typically have life spans of no more than 30 days. They genetically engineered these ALS mice to have half the normal amount of ataxin 2, and also engineered other mice to completely lack the protein. The researchers found that with half the ataxin 2, the ALS-like mice survived much longer, and with no ataxin 2, the mice lived for hundreds of days.

The team next tried something that could have a more direct therapeutic value: treating mice with a type of DNA-like drug, designed to block the production of ataxin 2. These so called “antisense oligonucleotides” are strands of synthetic DNA that target a gene and block the expression of the protein that it encodes. Delivery of the antisense oligonucleotides to the nervous systems of some of the ALS mice enabled them to maintain their health much longer than the ALS mice treated with a placebo.

The scientists said the study showed that suppressing ataxin 2 delayed onset and slowed the progression of the ALS-like disease in mice that were not yet showing symptoms. Whether oligonucleotides or other protein-blocking treatments could reverse symptoms in mice that are already sick is another question. Because TDP-43 clumping occurs in nearly all ALS cases, targeting ataxin 2 could be a broadly effective therapeutic strategy, they say.

The trio of Presidencies of the Council of the European Union 2016-2017 (the Netherlands, Slovakia and Malta) have signed a Joint Statement on Dementia, issued during the meeting of the governmental expert group on dementia in Malta on May 15-16, 2017.

The statement calls on the European Commission and EU Members States to promote and support international cooperation in dementia research and improve the coordination of existing European research programmes such as JPND. 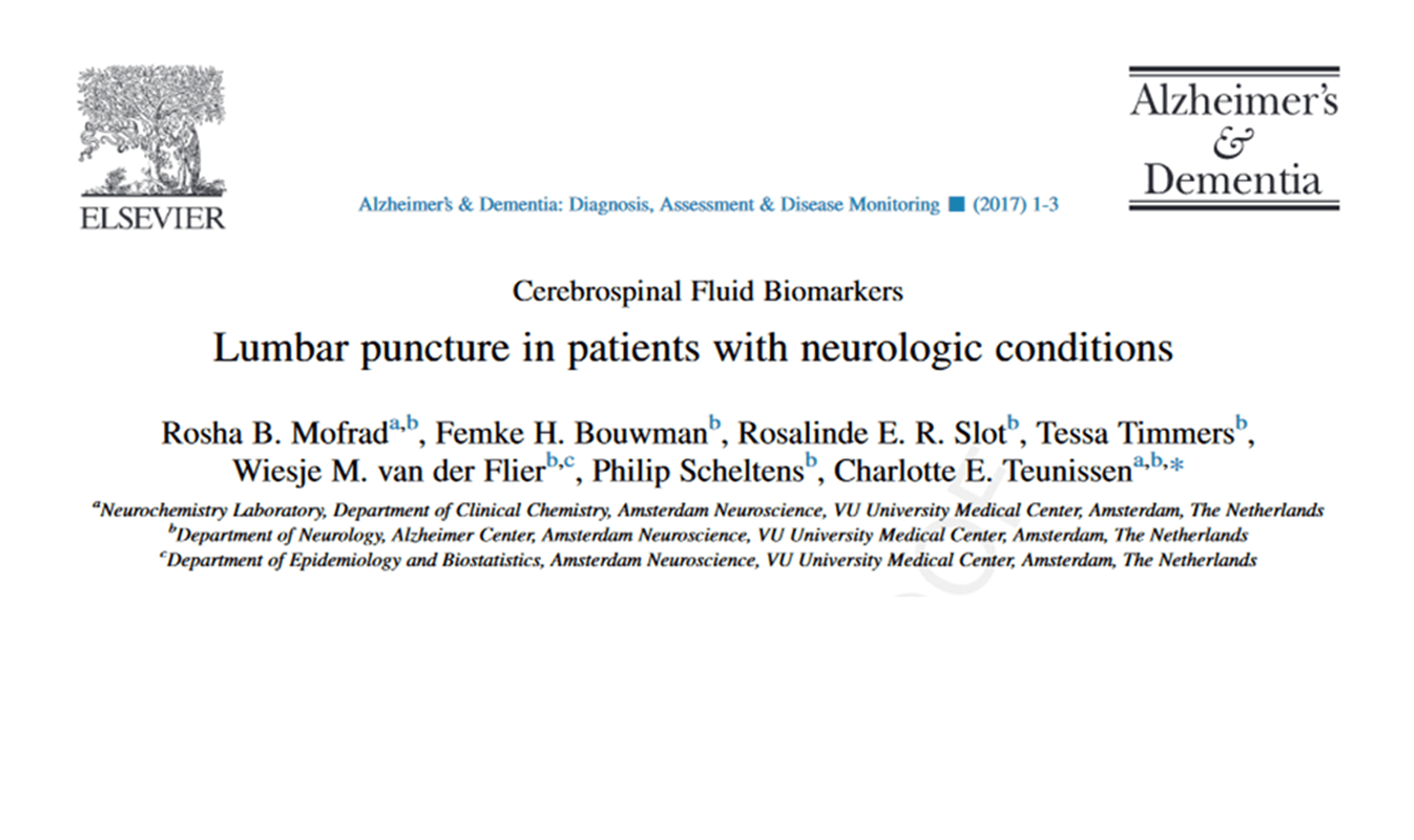 “Lumbar puncture in patients with neurologic conditions” has been published in the journal Alzheimer’s & Dementia: Diagnosis Assessment & Disease Monitoring. This work was supported in part by JPND through the BIOMARKAPD project, selected in the 2011 Biomarkers call. 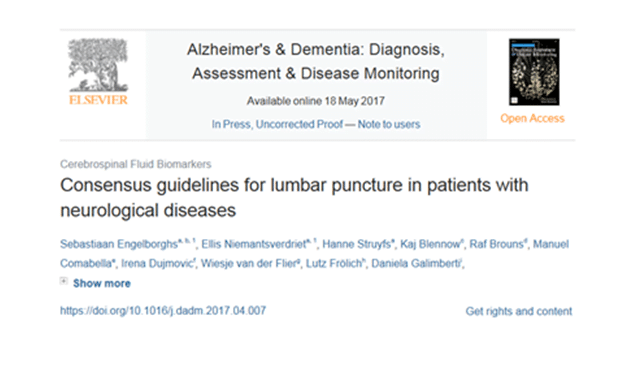 “Consensus guidelines for lumbar puncture in patients with neurological diseases“ was published in the journal Alzheimer’s & Dementia: Diagnosis Assessment & Disease Monitoring. This work was supported in part by JPND through the BIOMARKAPD project, selected in the 2011 Biomarkers call. 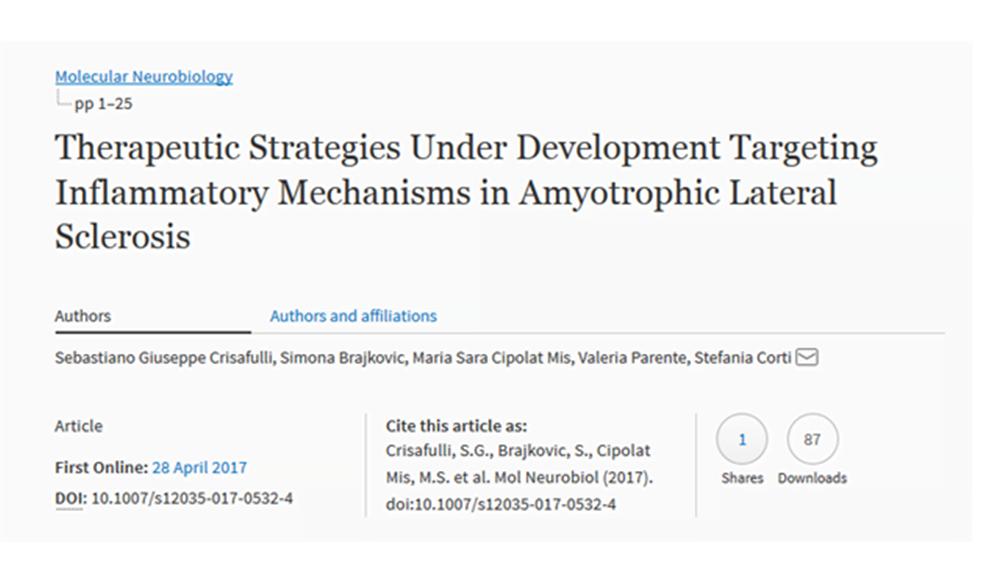 A major contributor to most neurological diseases is the degeneration of a wire-like part of nerve cells called an axon, which electrically transmits information from one neuron to another. The molecular programs underlying axon degeneration are therefore important targets for therapeutic intervention — the idea being that if axons can be preserved, rather than allowed to die in diseased conditions, then loss of critical processes like movement, speech or memory will be slowed.

For more than 150 years, researchers believed that axons died independently of one another when injured as a result of trauma, such as stroke or brain injury, or of a neurological disease, such as Alzheimer’s.

But a new study challenges this idea and suggests that axons coordinate each other’s destruction, thereby contributing to the degeneration that makes neurological diseases so devastating and permanent.

The paper appears in the journal Current Biology.

The coordination described in the paper creates a ripple effect of neuron death that confounds efforts to restore the growth of healthy cells. However, the researchers also found that the death spiral can be slowed when this communication is blocked using a laboratory method that could inspire pharmacological therapies to treat pathological axon degeneration. The method demonstrates that injured axons can be preserved for at least 10 times longer when their communication with neighbors is blocked.

The researchers believe that axons communicate the death message to each other during injury as a leftover activity, “borrowed” from the nervous system’s developmental period when axons are overproduced and then improper or unnecessary connections are eliminated by similar communication between axons. While this process is essential during development, it appears to be hijacked in diseased or traumatic conditions to reactivate and accelerate neuron degeneration. 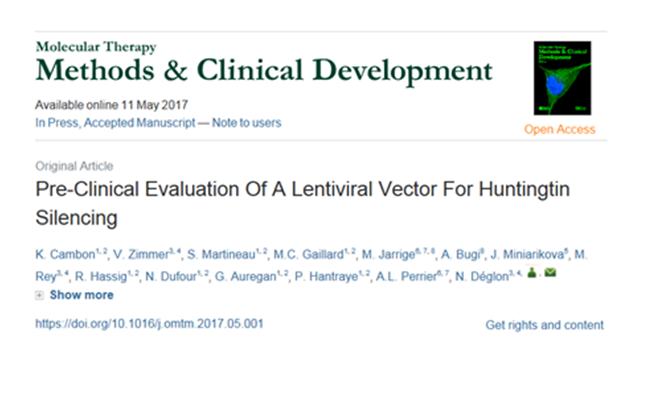 “Pre-Clinical Evaluation Of A Lentiviral Vector For Huntingtin Silencing” has been published in the journal Molecular Therapy: Methods & Clinical Development. This work was supported in part by JPND through the ModelPolyQ project, selected in the 2015 JPco-fuND call.