By analyzing brainstem tissue and testing their findings in ongoing aging cohorts, EPI-AD, a JPND-supported project run by a young PI from the Netherlands, aims to uncover the stress-related epigenetic mechanisms linked to Alzheimer’s disease.

A few years ago, Daniel van den Hove, a neurobiologist who has long been interested in studying the connections between stress and brain function, began to think about a new question: what if stress associated with disorders such as anxiety and depression was causally linked to Alzheimer’s disease?

“We already have some evidence that a history of depression may speed up cognitive decline related to Alzheimer’s disease,” van den Hove explained from his office at Maastricht University in the Netherlands, where he is an Assistant Professor in the Department of Neuroscience. “What we want to do now is to look at the brainstem, where the regions critically involved in stress regulation and affected by depression are also affected early in Alzheimer’s disease, and see if we find any causality.”

This is the question that van den Hove and his colleagues from across Europe will explore in a new project supported by the EU Joint Programme for Neurodegenerative Disease Research (JPND). The consortium, called EPI-AD (short for “Targeting epigenetic dysregulation in the brainstem in Alzheimer’s disease”), brings together research teams from five countries: in addition to the Netherlands, researchers from Germany, Luxembourg, Spain, and the United Kingdom will collaborate on EPI-AD. The project was selected for support under the 2015 JPco-fuND call, which was co-funded with the European Commission under Horizon2020.

Zeroing in on the brainstem
Although EPI-AD won’t officially launch until July 2016, the research teams have spent the last several months planning via email, and they held their first face-to-face meeting in March. “I think we’re all really excited to get started on this project, which we believe represents an important shift in research focus,” van den Hove says. Although much of Alzheimer’s disease research is currently concentrated on brain regions like the hippocampus, which is affected in the later stages of the disease, van den Hove and his colleagues are looking somewhere else: the brainstem. “We suspect that the changes seen in the hippocampus are more likely to be the consequence of what’s already happened than causally involved,” van den Hove explains. “We want to shift our focus to the earlier stages — we’re looking for causal factors — and we think the best places to look are the the locus coeruleus and the dorsal raphe nucleus in the brainstem, which is where these early changes are seen.”

EPI-AD researchers will have a rich collection of tools at their disposal, starting with unique, well-defined brain tissue samples for patients and controls. The samples are banked an average of 2.8 hours postmortem, and subjects were followed for eight years on average, offering the researchers a trove of valuable new information. In addition, they’ll have access to three ongoing aging cohorts in the Netherlands and Germany, which will allow the researchers to immediately test what they find in the brain to see whether it has any predictive value in living subjects. In parallel, they will be able to directly compare their findings with other biomarkers – they’ll have access to imaging data and amyloid beta and tau as well as cognitive data – resulting in a multi-level and multi-disciplinary project. Finally, the Spanish partner, led by Manel Esteller and Raul Delgado at the Bellvitge Biomedical Research Institute, will manipulate the identified genes in stem cells of Alzheimer’s disease patients to see if they’re changed in terms of structure and function. The key question: Can these cells be made ‘healthier’ by intervening in epigenetic processes? “We’re combining a lot of recently developed knowledge in different fields and integrating it into one concept,” van den Hove says. “But what’s the use of finding something very interesting and then stopping there? Our goal is to uncover critical findings and then find a way to add value by translating this new knowledge as efficiently as possible to the clinic.”

If at first you don’t succeed, try, try again 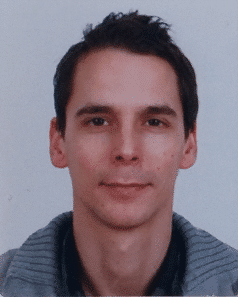 For van den Hove, the path to the JPND grant wasn’t necessarily quick or easy. “When I came up with this hypothesis I was incredibly enthusiastic — I thought that this might mean something, that I could really make a difference, even in a relatively short period of time,” he explained. But his first grant application was turned down. Then another one was declined, although the scientific excellence of the project proposal was underscored by all of the reviewers. One of his mentors, Professor Klaus-Peter Lesch, urged him to be persistent. “Fail better next time,” he kept telling him. “When I saw the JPND grant opportunity, we’d already been fine-tuning this concept, working on extending our network a little more and thinking about the most interesting angles, so we were ready to apply,” he said. Ultimately, the researchers’ persistence paid off.  “It’s important to keep believing in your ideas and never give up,” van den Hove says. “It’s also important as a young researcher to find mentors who will assist you in navigating the grant application process and who will help you seize new opportunities. At 37, I’m still relatively young to coordinate such a large project, but I’m lucky in that my mentors encouraged me to step forward and apply for this grant. My mentors’ support, on matters small and large, has helped me enormously, and I hope I can now more and more fulfill such a supportive mentoring role. Of course, science, in all its aspects, should never be seen as an individual effort, although many funding schemes are aimed at the individual.”

Joining forces to accelerate research progress
Research collaborations that developed as EPI-AD came together have been amplified and extended since the project was selected for the JPND grant, with the partners securing funding from other outside sources to hire additional students to work on the project. “What’s wonderful about getting this grant is not just the money the grant brings in but the extra opportunities it brings along with it,” van den Hove says, explaining that over the lifecycle of the project he and his partners hope to apply for more funding and continue to expand their research collaboration. “Since a single lab can’t be experts in everything, international collaboration helps us bring together the broad range of expertise we need to make real strides in this area of research,” he says. “At the same time, as we send students and researchers back and forth between labs, we’re able to bring new knowledge and expertise from one country to another and integrate this new expertise into our own labs as well. So we aren’t just making use of each other’s expertise. We’re also bringing new knowledge back home.”

The project is expected to span three years, but the researchers expect the new information they gather could give them enough material to work with for many more. “EPI-AD gives us the infrastructure we need to generate an enormous quantity of data,” van den Hove says. “What we can do with that in the years to come is almost endless — and incredibly exciting.”