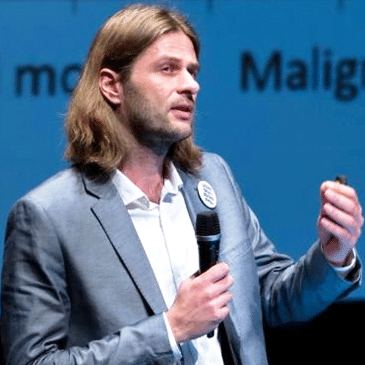 “JPND is a unique European and global platform that has seen remarkable development over the last five years. First, it fills the gaps between policymakers, researchers, practitioners and patients. But even more importantly, it is assuming a primacy in the field of neurodegenerative diseases through its numerous original mechanisms aiming to harmonize and defragment. JPND has become the unavoidable starting point for anyone linked to neurodegenerative diseases in Europe.”

What is the general perception of JPND in Croatia?
When JPND began in 2009, in the minds of Croatian researchers, policymakers and citizens it was recognized as only one of several initiatives dealing with research into brain diseases. However, in the most recent years in particular, JPND has become recognized in Croatia as THE programme with the largest and utmost importance on the European and global levels. Croatian scientists are recognizing the substantial influence of JPND reports and documents in the European research area. They also recognize the shift from the previously dominant funding schemes (e.g. FP7, Horizon2020) towards an increasing importance of the JPND.
How are Croatian researchers performing in JPND initiatives?
Croatian researchers whose research is focused on the human nervous system represent a very vibrant and active community visible in their involvement in many European programs, projects and initiatives. On the other hand, their involvement in JPND is still in a transition phase. This is mostly due to local policymakers, who are invariably lagging behind in recognizing the importance of new models of financing and new models of organizing on the European level. In the last two years alone, the number of enquires about JPND from the Croatian research community has increased several times over.
Are there initiatives in Croatia for supporting researchers who wish to apply for JPND funding?
Currently the Ministry of Health and the Ministry of Science, Education and Sport are trying to find the right model of support for Croatian researchers. As a researcher working mostly in Croatia, I can say that it is no longer under discussion whether Croatia needs to participate in JPND, but rather from which moment it will start to fully contribute to all JPND activities. The number of clinical practitioners and researchers has reached a critical mass for recognizing JPND as the central programme for this large group of diseases. I am sure that Croatia will start to be more actively involved in supporting their researchers as they apply for JPND funding.
What do you think is the main benefit for your country in participating in JPND?
There are at least two levels of benefits for Croatia’s participation in JPND. First, being a rather small country of 4.5 million people, increased international networking is recognized as the best model for success in the biomedical field. Indeed, Croatian researchers dealing with neurodegenerative diseases are very often either partners or coordinators of large European consortia, and JPND offers possibilities that fit perfectly with their needs. Moreover, JPND is useful for Croatian society as it represents an excellent role model in how united action at the EU and global levels can bring about clear, positive outcomes. JPND represents a kind of exercise for small countries and young members of the EU – it helps Croatian society to learn how to benefit from being actively involved in this dynamic and vivid community.