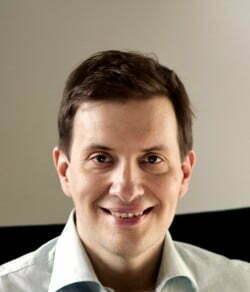 For scientists studying the origins and pathways of Alzheimer’s disease, experimental animal and cell models are a critical tool. These models mimic the processes thought to be at play in human patients and allow researchers to assess possible treatments before moving into clinical trials. Yet most models of Alzheimer’s disease are unable to take into account the complex genetic and environmental factors involved in what’s known as late-onset ‘sporadic’ Alzheimer’s disease, which is the most common type of the disease.

An international research collaboration called DACAPO-AD is trying to change this. Led by Gabor Petzold, a professor at the German Center for Neurodegenerative Diseases (DZNE), DACAPO-AD (short for ‘Deciphering Interactions of Acquired Risk Factors and ApoE-mediated Pathways in Alzheimer’s Disease’), aims to elucidate the complex interactions between known genetic and environmental risk factors, with the goal of establishing the reliable new models of Alzheimer’s disease that scientists need to identify potential treatments.

For the DACAPO-AD project, the challenge is to better understand the reasons for this heterogeneity, and the researchers are focusing on the role of environmental (or ‘acquired’) risk factors. They’re trying to uncover how a range of these different factors  — such as a high-fat diet, cardiovascular disease, traumatic brain injury, systemic inflammation and sleep problems — interact with the APOE-ε4 gene to result in an increased risk of Alzheimer’s disease. “It would be a real breakthrough in the field if we could understand, on a cellular or molecular level, how these risk factors trigger the onset and contribute to the progression of sporadic Alzheimer’s disease,” Petzold explained from his lab in Bonn, Germany. “Our hope is that this research will ultimately lead to better preventive strategies and novel treatment options.”

Pooling resources to speed up discovery
The high-level skills and technologies needed to approach these questions meant that international collaboration was not just beneficial but necessary. DACAPO-AD, which was selected for support in the 2015 JPco-fuND call, brings together research teams from four countries: in addition to Germany, researchers in Denmark, France and Sweden are bringing different expertise to the project. “We are a team of five labs from four different countries that are sharing technologies and data to more rapidly address the same common goals,” Petzold said.
The project partners were selectively identified to ensure that the combination of each lab’s unique skill set would enable the collaborators to work on questions that the individual labs wouldn’t have been able to take on alone. Moreover, all of the partners have agreed to share preliminary findings and technological developments freely within the team, with one of the consortium’s explicit goals being knowledge transfer. “We will give young researchers from each lab the possibility to travel to partner labs, Petzold explained. “This will allow our teams to learn new techniques, exchange data and get to know other researchers.”

Calling young researchers!
The Alzheimer’s field is quickly evolving and offers scientists and clinicians a host of exciting challenges. To early-career researchers who are considering specializing in Alzheimer’s disease, Petzold recommends surveying a broad range of researchers, including PIs and postdocs as well as students, to see what they think the most pressing questions are facing the field and where it’s headed. “In other words,” he explained, “what novel research finding would be a real breakthrough, and how do we get there?” He advises joining a lab with a hands-on PI who has the technological and financial resources to tackle these big questions. From there, a mix of perseverance and openness, he says, is most likely to yield success: “It’s important be diligent and work hard, but also to stay flexible for new research avenues and technologies that may emerge in the future.”