Network of Centres of Excellence in Neurodegeneration (COEN) 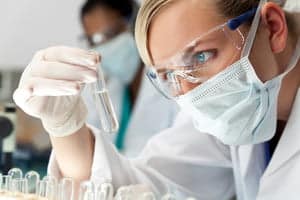 In June 2010, the Canadian Institutes of Health Research (CIHR), the Deutsches Zentrum für Neurodegenerative Erkrankungen (DZNE, Germany) and the Medical Research Council (MRC, UK) launched a funding initiative to establish a collaborative approach to research into neurodegenerative disorders called the Network of Centres of Excellence in Neurodegeneration (CoEN – www.coen.org).

The overall aim of the initiative is to build collaborative research activity in neurodegeneration research across borders, focusing on adding value to the expertise and critical mass already established within national centres of excellence (CoE), in order to accelerate progress in understanding the mechanisms of disease as well as the identification of new therapeutic approaches.

CoEN is aligned with JPND although it operates as an independent entity.

CoEN’s first call for proposals in 2011 sought to establish common resources and methodological approaches to underpin future studies. Results of this call can be found here.

CoEN’s ‘Pathfinder’ calls — launched in 2013, 2015, and 2017 — aim to encourage the community to think ‘outside the box’, to stimulate new and unconventional approaches and creative solutions to the challenges of neurodegeneration research by undertaking high-risk/high-reward projects.

To maximise the potential for innovation, the scientific remit for Pathfinder awards is broad in scope. Projects may include studies to illuminate our understanding of neurodegenerative mechanisms, or create technological advances to support novel diagnostic or therapeutic approaches. Connectivity with research in related areas, such as inflammation and sensory neuroscience, or vascular and mental health is encouraged, as is outreach to experts in the fields of physical and computational science.

Members of International Network of Centres of Excellence in Neurodegeneration

More information can be found on the CoEN website: www.coen.org/home.html